Ending the Year on a High!

The Autumn term came to an end today on Friday 20th December following a wonderfully festive week of Christmas Showcases. Each year group put on a performance and the standard was incredible. The enthusiasm and confidence with which the children performed reflected the hard work and dedication which are involved in the weeks of preparation. The staff at Old Clee could not be any prouder of our pupils and would like to say a huge well done to all of the boys and girls. We look forward to continuing to work hard to achieve the very best next year, but for now, would like to take this opportunity to wish you all a very merry Christmas and a happy new year. 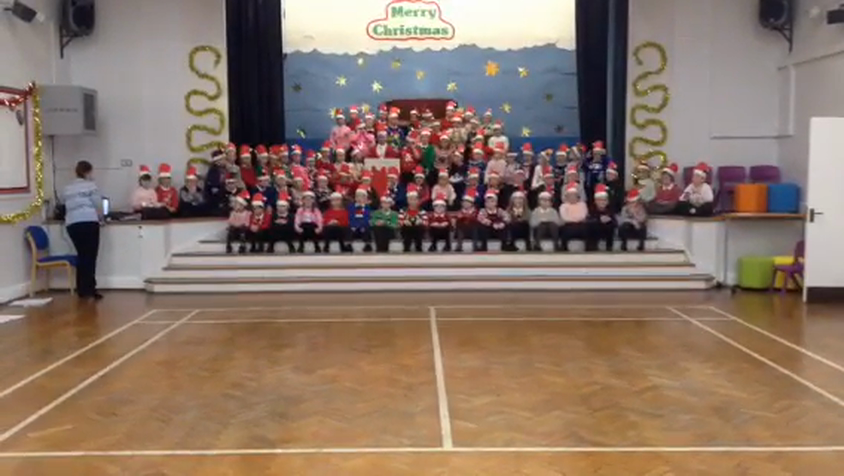 RDJ and RCC began our week of Christmas showcases on Monday 16th December by performing their shows to an eager audience of parents, carers and relatives. The children couldn't wait to show how hard they have been working and put on amazing performances. The shows were thoroughly enjoyed by all and got everyone feeling very festive. Mrs Jones and Mr Cranidge were extremely proud of the their boys and girls, and we are now all looking forward to enjoying the rest of the performances throughout the week.

All of the pupils throughout the school looked very festive on Friday 13th December in their Christmas jumpers! Pupils made a donation of £1 which in total has raised £524.50 so far for St. Andrew's Hospice. We would like to thank you once again for your continued support in celebrating events within the school and raising money for worthy causes.

As part of our Christmas celebrations, pupils from Years 1 to 6 visited Old Clee Church for a Christmas Carol Concert on Monday 9th and Tuesday 10th December. Father Nik welcomed staff and pupils to the church where as well as singing a selection of carols, the nativity story was also read by Old Clee's School Council members. The children really impressed with their beautiful singing and made the staff members who accompanied them very proud.

And the winners of our poetry competition are ....

Ian Bland announced the winners of our poetry competition. 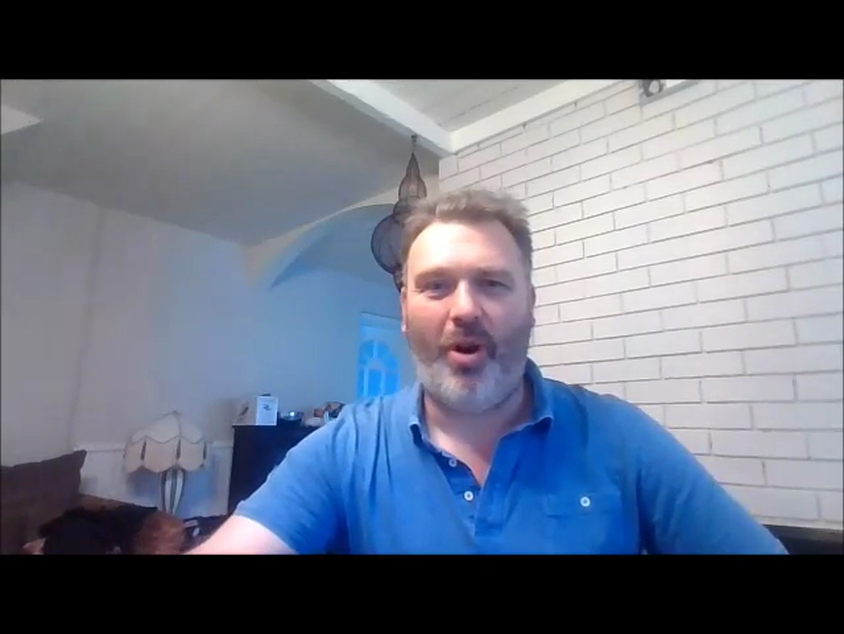 Our poet friend, Ian Bland, was very excited to read and evaluate the poems from our finalists and we were all very eager to hear what he had to say. We want to say a huge WELL DONE to our three winners and a big THANK YOU to Ian for being so inspiring when he came to deliver his poetry workshop to us.

A Visit from Local Faith Leaders

Our Year 3 pupils enjoyed a visit from leaders from our local mosque and church on Thursday 5th December. Our visitors talked about the faiths of Christianity and Islam and specifically about how each faith remembers different celebrations and festivals. The children were given the opportunity to ask questions and had a wonderful time exploring the different celebrations.

On Monday 9th December, our Year 4 pupils were lucky enough to have a visit from the students of Franklin College's Performing Arts department. The students, who have named their production company 'Flying Saucers', performed a show called A Mystery in Wonderland which incorporated singing, dancing and acting. The pupils loved the interactive performance and also enjoyed taking part in a choreographed dance led by the Performing Arts students. As an extra treat, some of our children were even invited up to perform the dance in front of the audience! All of the pupils had a great morning and really enjoyed both watching and participating in the show.

Some of our School Council representatives were happy to hand over all of the shoeboxes donated by Old Clee pupils when they were collected for the Samaritan's Purse Shoebox Appeal on Wednesday 28th November. We are proud that so many of our children took the time to think about other less fortunate children this Christmas and thank all of the parents and carers who donated shoeboxes and items to support this cause.

As part of anti-bullying week, we thought about what we may say to a bully to get them to stop and how being bullied can make us feel.

We hope you enjoy our anti-bullying poems.

We wanted to read our anti-bullying poems aloud. 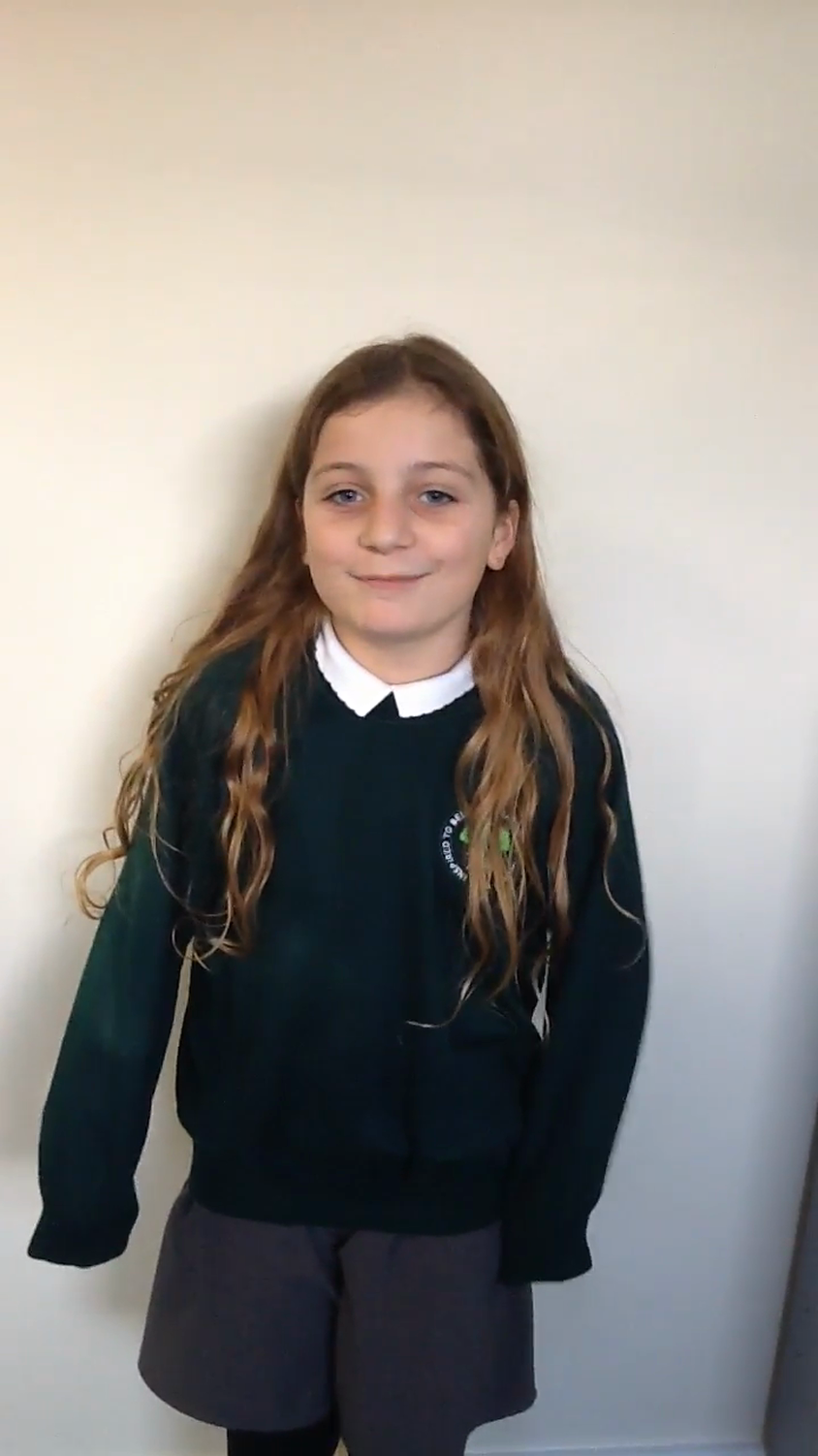 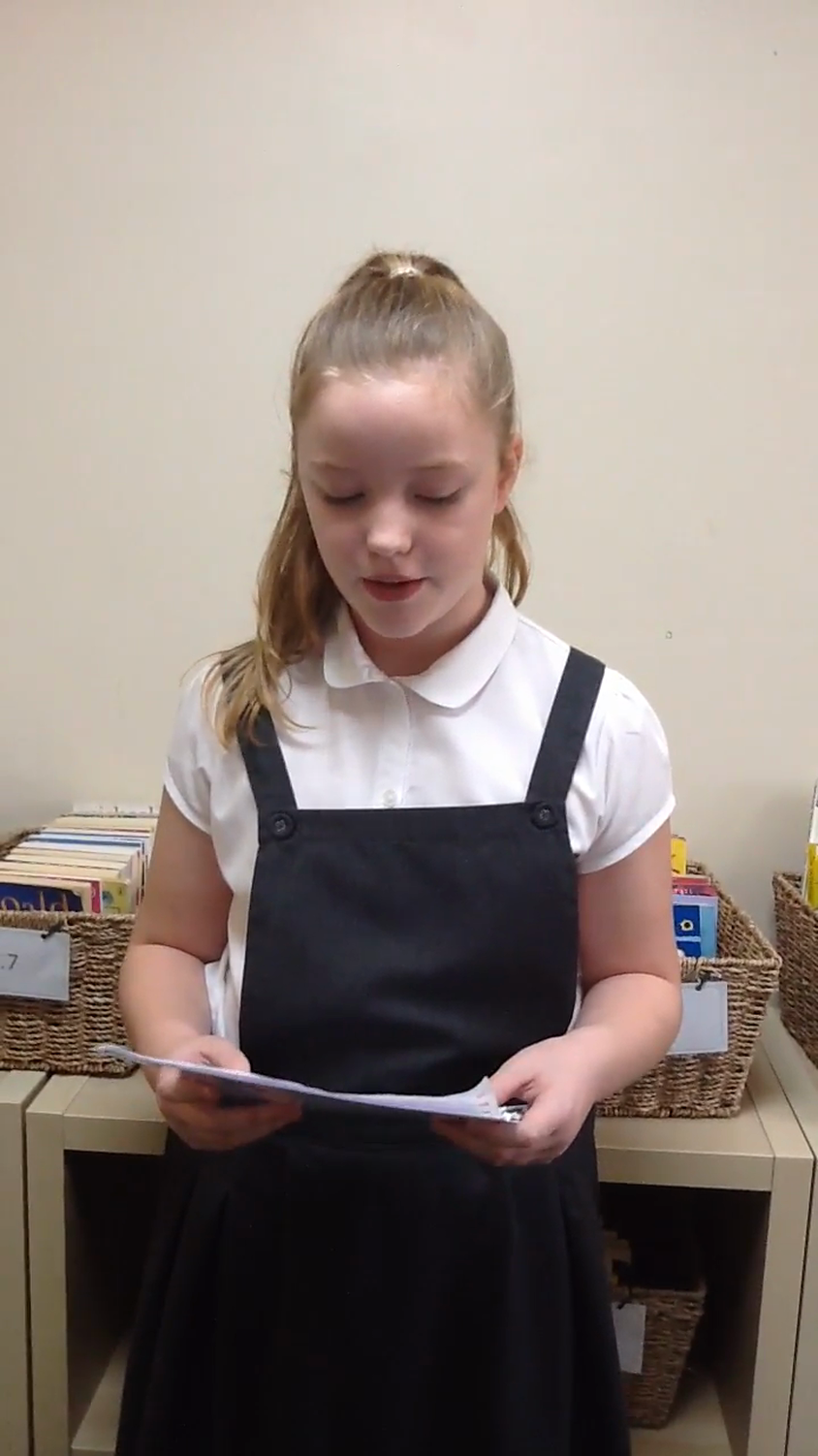 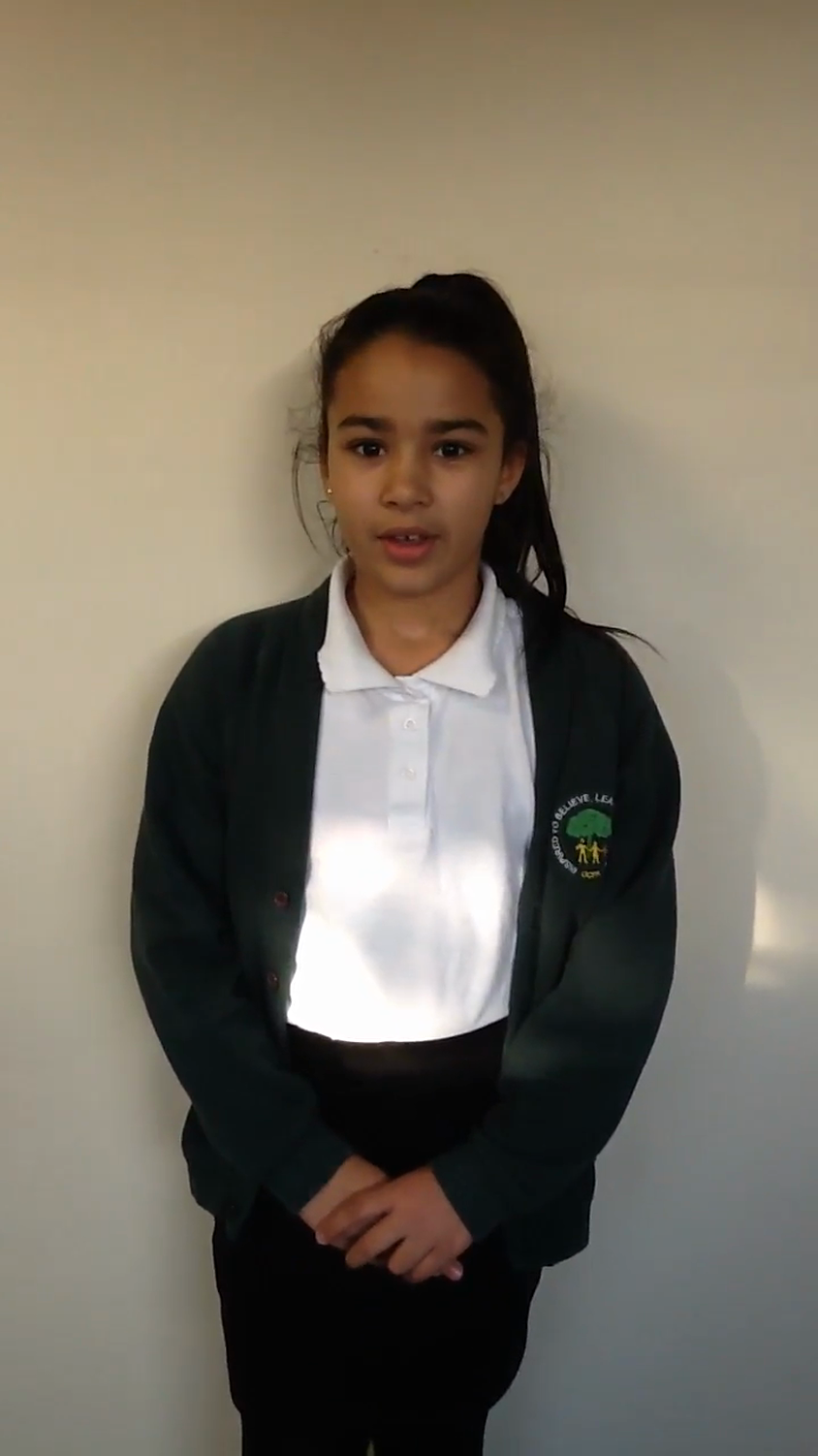 I am proud of my anti-bullying poem. 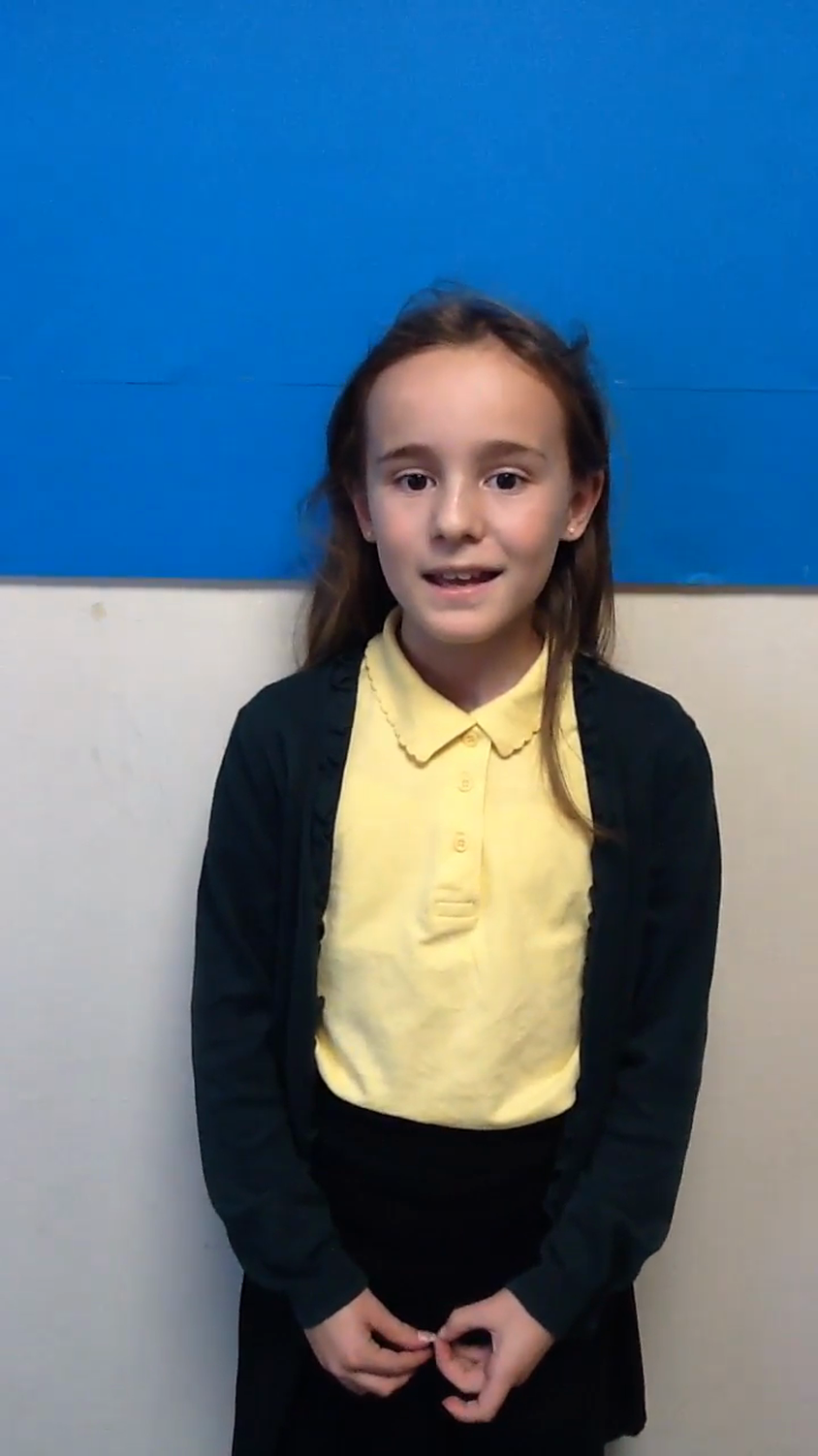 Romans for a Day

Year Three were fortunate enough to take part in a history workshop on Friday 15th November. The children learnt all about the Romans, finding out where Rome is, who the Romans were and how they lived. They had a fantastic day and really enjoyed extending their learning about this topic.

Children in Need Day and The Big Morning Move!

Our pupils looked fantastic dressed in their non-uniform and Pudsey Bear themed clothing for Children in Need Day on Friday 15th November. Contributions of one pound were made by the children to raise money for this fantastic cause. £569.16 has been raised so far and we would like to say a huge thank you for your support. The day got off to a great start with all pupils from Nursery to Year Six participating in Joe Wicks' 'Big Morning Move', one of the Children in Need fund-raising activities which many schools throughout the country took part in by tuning in to the live stream at 9am. The children had a great time and displayed high levels of energy, effort and enthusiasm throughout the mini morning workout. Afterwards, our very own Mr Broughton was interviewed on radio Humberside about Old Clee's involvement in the event! Have a listen by clicking on the link below (start at 53:08).

The children of Old Clee wore their odd socks with pride on Tuesday 12th November to mark 'Odd Socks Day', a special day which recognises and celebrates the fact that we are all different. 'Odd Socks day' is an annual event and is part of the national anti-bullying week which takes place in November each year. This was a fun way of conveying an important message to our pupils which helps to promote the anti-bullying campaign. 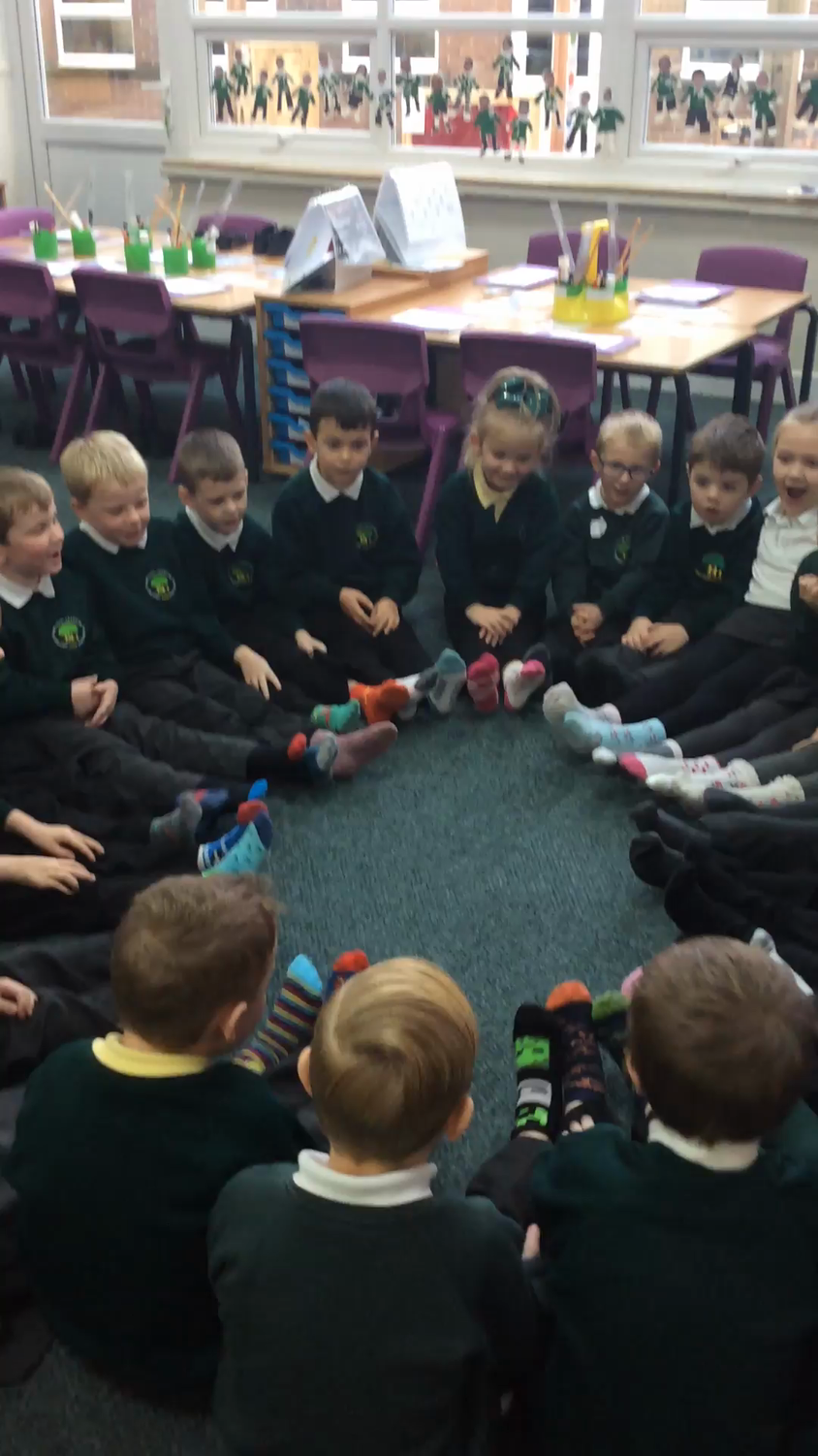 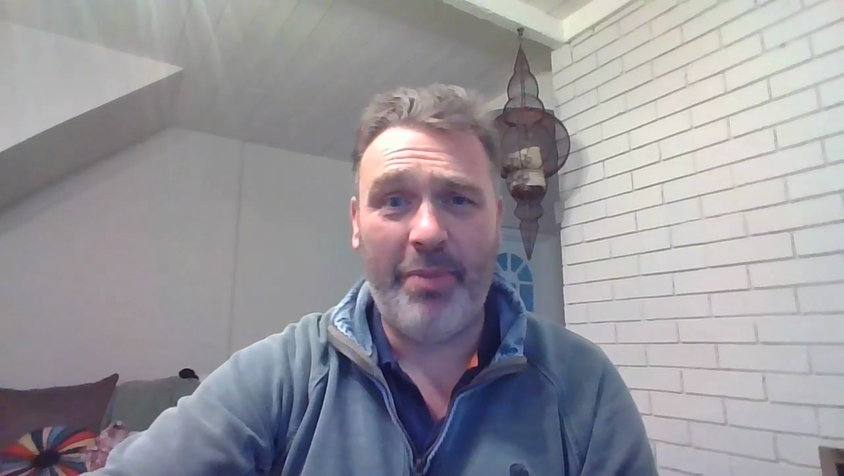 Here is Ian Bland, an amazing poet who recently worked with KS2, explaining our poetry competition. As you can see, he is very excited to receive our bullying poems which we are going to create during Anti-Bullying Week.

A special assembly was held on Friday 8th November to discuss the upcoming anti-bullying week with the children of Old Clee. Anti-bullying week is an annual event which happens in schools in England every November. This year, the week commences on Monday 11th November, and the theme is 'Change Starts With Us'. In our assembly, Miss Hazelwood talked to the children about what bullying is, who might be a bully and a victim and how both might feel, and how to deal with bullying and prevent it from happening. She explained the purpose of anti-bullying week and urged the children to wear their odd socks for Tuesday's 'Odd Sock Day' which will celebrate the fact that we are all unique.

A Visit from a Poet

On Monday 28th October, we were very lucky to have a special visitor in school - local poet, Ian Bland, spent the day at Old Clee working with all of the children from Key Stage 2. An assembly was held in which Ian shared some of his poems. Each year group then took part in a poetry workshop during which they created their own poems inspired by Ian's work. To conclude the day, some pupils were given the opportunity to perform their poems to the school. The children had a fantastic time; their enjoyment of the different aspects of the poetry sessions was plain to see, and the quality of the work which they produced was astounding. Please visit the year group pages to see a selection of videos of the children sharing their poems. We are sure you will be incredibly impressed by their achievements and by the enthusiasm which they displayed.

Our half-termly 'Terrific Ticket Tea' was enjoyed by pupils, parents and staff on Wednesday 16th and Thursday 17th October. Terrific Tickets are awarded to pupils throughout each half-term in recognition of excellent behaviour and positive attitudes towards learning. The lucky winners of the draw are then invited, along with their parents and carers, to enjoy morning tea with Old Clee's Wellbeing Team. It was wonderful to see the children enjoying their reward for their exemplary behaviour and attitudes and to see everyone celebrating their achievements together.

We had a special visitor in school on Tuesday 8th October - Father Nik joined us to help us celebrate Harvest Festival. Each key stage held an assembly in which all of the items which had been kindly donated were displayed, and the children sang the harvest song which they had been busy practising. Father Nik then told a story all about the importance of thankfulness - boxes were stacked, one on top of the other, to spell out the word HARVEST, but when thankfulness was removed, everything came tumbling down! Father Nik concluded the assembly by asking us to consider the things which we are thankful for. We would like to thank everyone who contributed items for Harvest Festival.

Our cake raffle was held on Thursday 26th September to raise money for Macmillan Cancer Support. We would like to thank everyone who made a donation and bought tickets and are delighted to have raised £224.45 for this great cause.

On Friday 13th September, pupils and staff throughout the school joined in the fun of 'Roald Dahl Day' by dressing up as characters from the late, great storyteller's books for children. A huge amount of thought and effort clearly went into the costumes; the pupils looked fantastic as Matilda, Fantastic Mr. Fox, Charlie, George and many, many more. Thank you to all of the parents and carers at home who helped the children with their costumes and supported the school in celebrating the annual event. A variety of Roald Dahl themed activities took place in all year groups throughout the day, such as speaking and writing about chosen characters and books, listening to extracts from some of Roald Dahl's classic works and recreating a range of his colourful characters in art based activities such as sketching and collage work. To conclude the day, each key stage gathered together for a group photograph to capture the wonderful costumes on display. Take a look to see how many different Roald Dahl characters you can identify in each group! Charlie and the Chocolate Factory

James and the Giant Peach

Our first terrific ticket afternoon tea for the academic year took place on Friday 12th October 2018. The children and their parents thoroughly enjoyed themselves. Congratulations to all of the children that attended, we are sure that many more children will have the opportunity to enjoy this special experience throughout the year. Keep up the good work.

We would like to say a huge thank you to everybody for their generosity. The children had a wonderful Harvest Festival assembly where they discussed how their kind donations would be sent to help others. All of the donations that we received were sent to Grimsby Soup Kitchen and Women’s Aid.

This week Year 3 had an exciting science lesson from a company called 'Airproducts'. They want to inspire children to go in to science jobs when they grow up. Our science ambassadors used liquid nitrogen to freeze objects such as a sausage, a banana and a flower! We noticed how these objects changed due to 'speed freezing'. We also looked at fire as they set cotton buds alight to show how flames need oxygen to survive. They also showed us how gasses expand and made a balloon pop! Eventually we got to eat ice lollies, speed frozen by liquid nitrogen, and they were delicious.